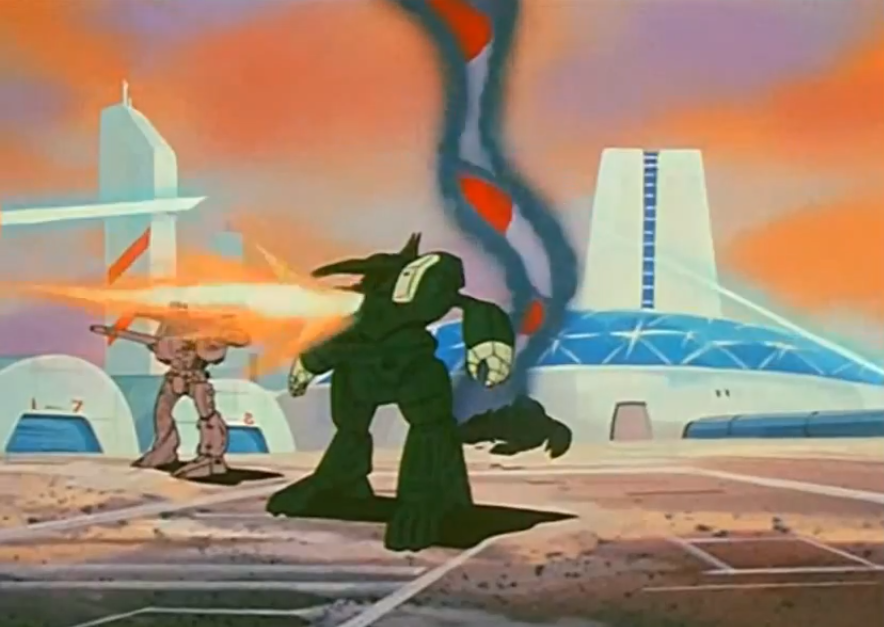 With my two armies painted, it was time to try out the rules.  This test battle was to be a 300 pt Dog-Fight played on a 6' x 4' table.  As I said above, this is my first go at RRT and was played solo. 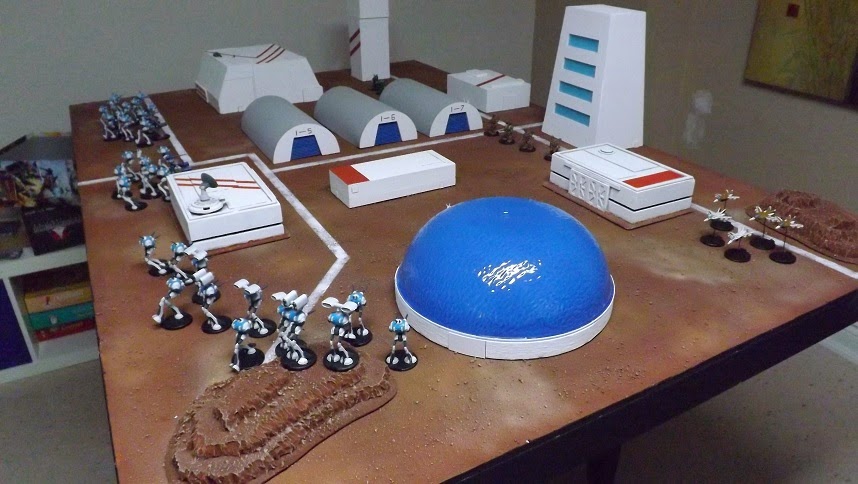 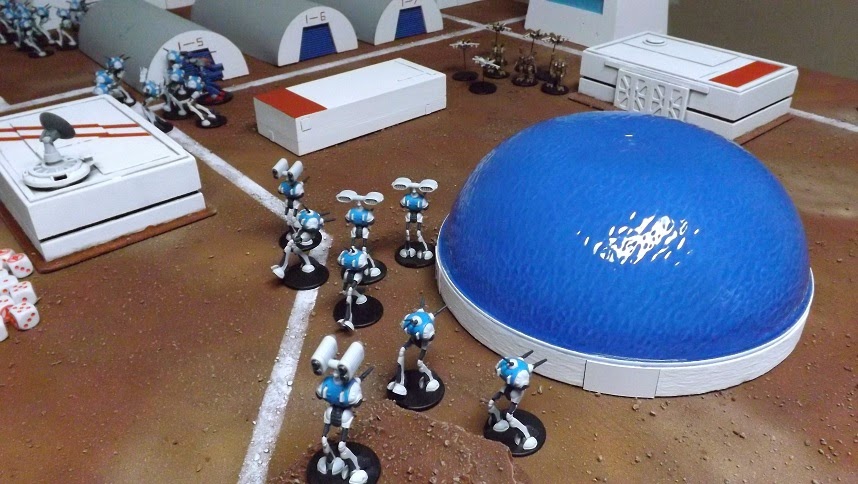 The UEDF got the initiative and began by damaging few pods from the Artillery squadron using their dual heavy particle accelerator cannons.  Close Formation shielding prevented the artillery pods from being destroyed  The Artillery pods returned fire destroying one of the Tomahawks in a hail storm of missile fire.  The Vertiechs the came in fast and hard destroying 4 of their number, then turning away and hitting their afterburners to get out of range. 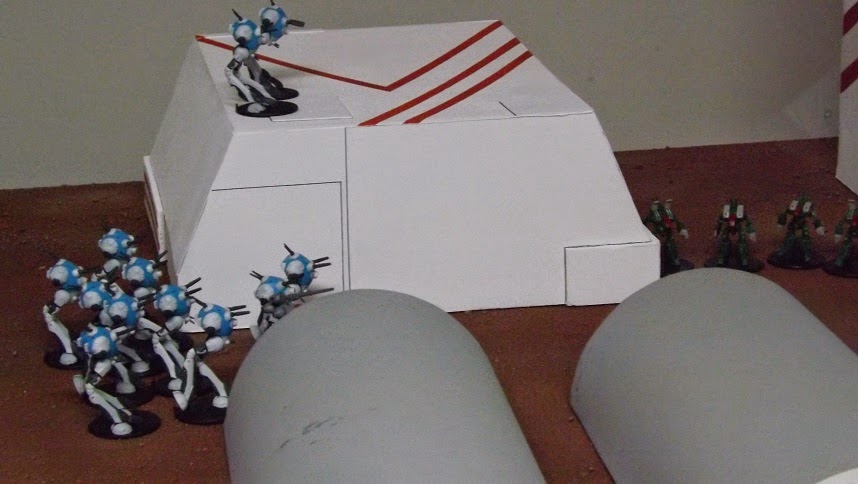 On Khyron's flank, the Spartans took cover behind Riber's barracks while Khyron and his pods leaped forward to close the gap. 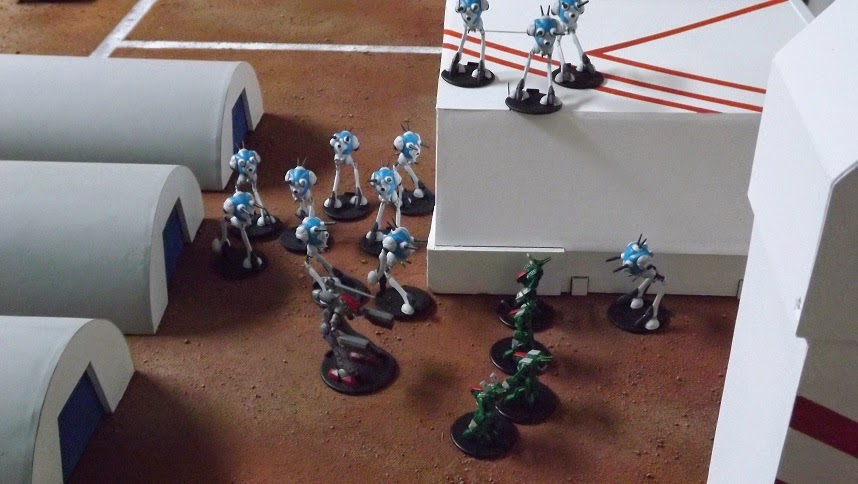 The Zentradi got the initiative giving Khyron's squad a chance to attack but with little effect as his fire only managed to damage one of the Spartans.  His Glaug was damaged in return by a volley of destroid missiles. 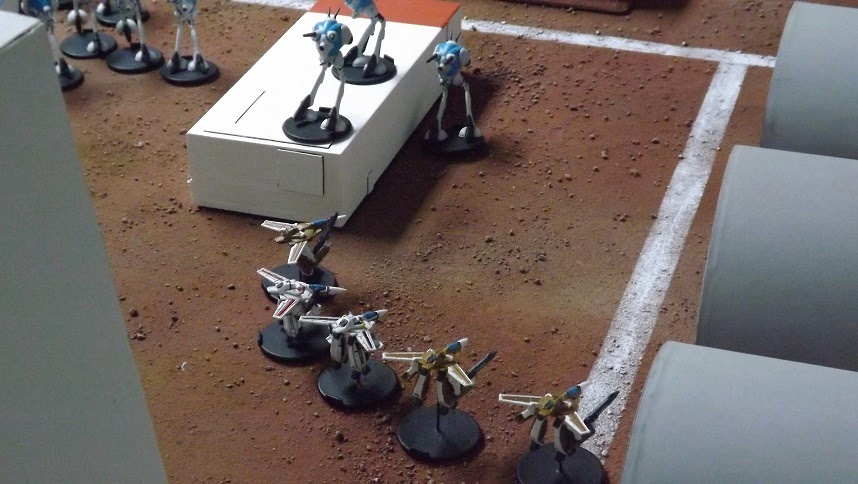 Grell surged forward shooting wildly at the veritechs, but the dice gods were against him.  In return, Roy, Rick and his squadron switched to guardian and unleashed hell destroying Grell's Glaug and 4 of the remaining pods with amazing dice rolls. 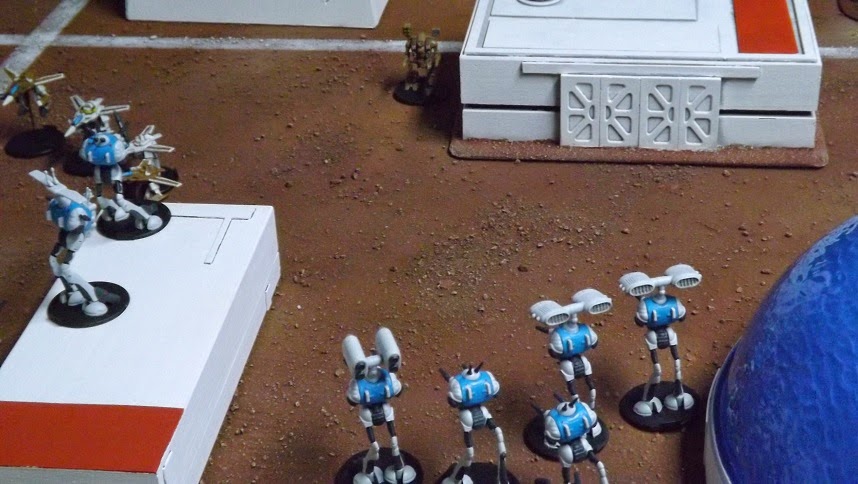 Two of the remaining tomahawks fell to accurate missile fire while another of the battle pods exploded from a well placed tomahawk shot. 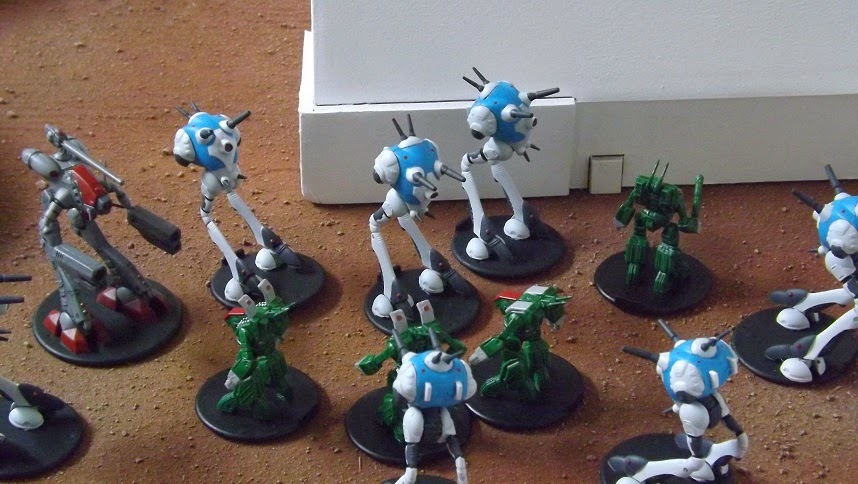 The UEDF regained initiative and things got messy as the Spartans took the pods on in hand to hand combat destroying Six pods in the process.  Khryon's squad returned fire damaging all 4 Spartans. 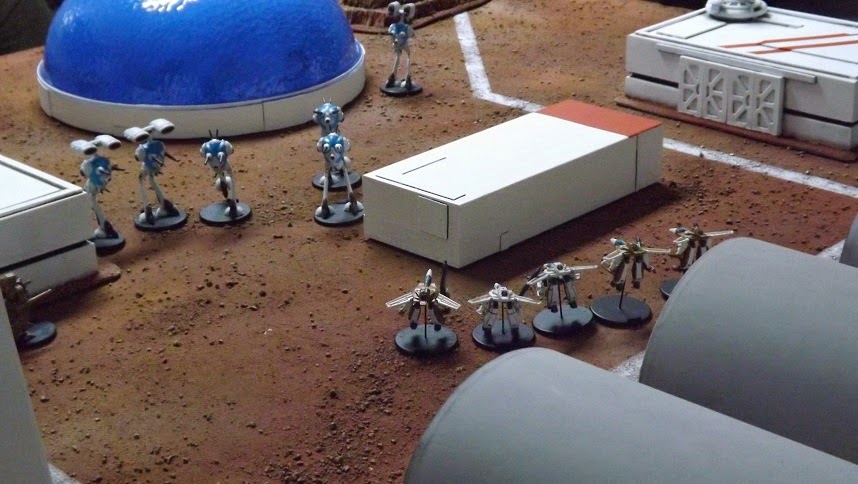 Things went from bad to worse for the Zentradi as Skull Squadron destroyed the remainder of Grell's scouts.  The lone Tomahawk retreated to cover and took down another pod while the Artillery squad turned its attention to the vertiechs and failing to hit any of them. 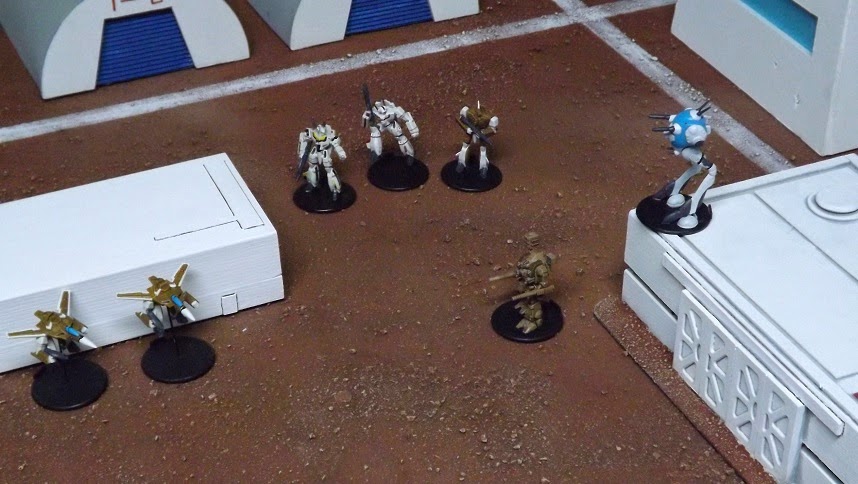 The UEDF continued their assault as Roy, Rick and the boys let loose with rapid fire GU-11 rounds and mowed down the last of the artillery pods  The lone tomahawk finished off the last Regult with a volley of missiles. 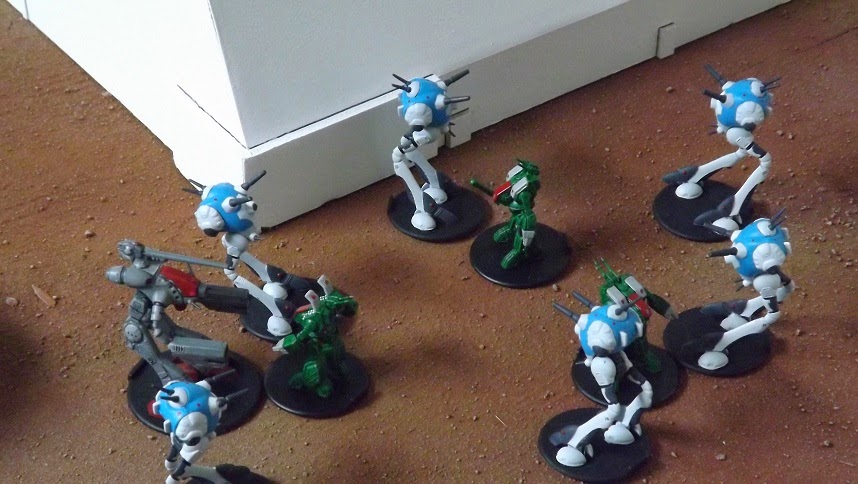 Meanwhile, Khyron and his squad managed to destroy one of the Spartans, while trying to avoid kicks and power punches. 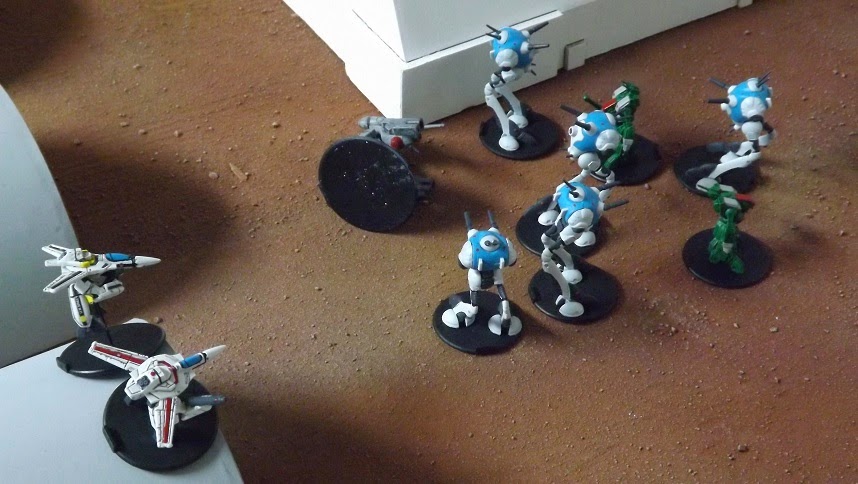 On the finial turn, Khyron finished off another Spartan with a blast from his duel rail cannons.  Rick and Roy switched back to guardian mode, boosted their speed and caught Khyron in the flank with gun pod fire, dropping the proud warlord.  At this point, the UEDF called a retreat just before Lisa Hayes detonated the base's reflex furnace. 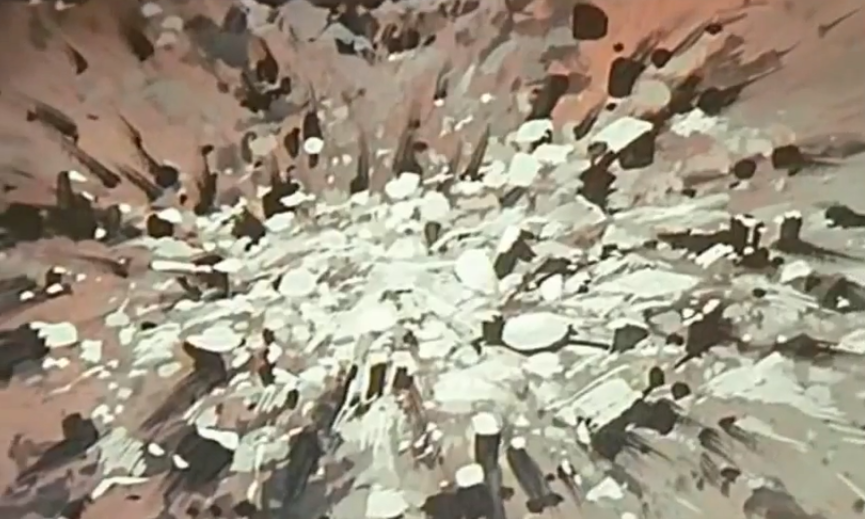