Well we finally made it.  Today is the 12th Day of Khyron and we have successfully brought you 12 RRT articles in 12 days.

For your final gift, we have for you a battle report based on Scenario 3 of the Battle for Mars campaign.  You can read the scenario details here: Scenario 3 with the exception of the additional Space Battlefield rules (pg 82).  No rolls with impact this game and everything does not gain flight due to gravity. 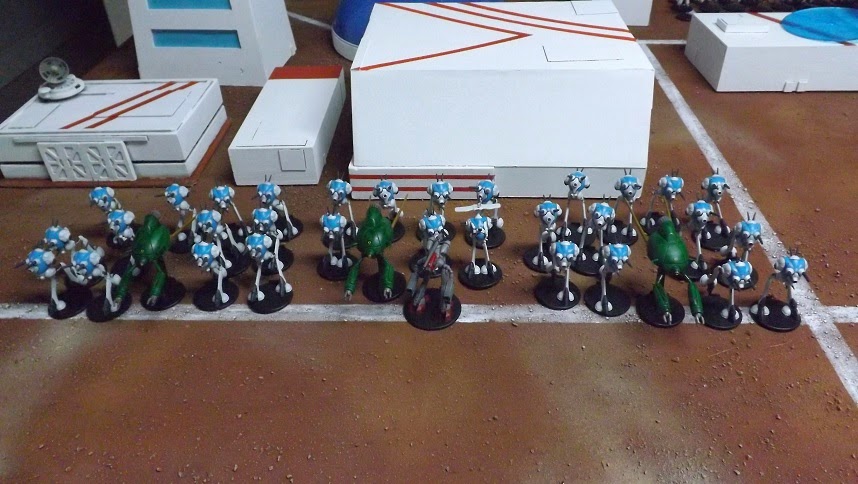 For this battle, I selected 2 Attrition Squadrons each with a Quel-Gulnau recovery pod and a Recon Squadron with a third Quel-Gulnau.  My plan was to get Lt. Hayes into the hands of a Quel-Gulnau as soon as possible, then keep her away from the UEDF using the pod's flight and 9 MDC.  Only one problem, I noticed later that the support option card states 'Add 1 Quel-Gulnau to your Regult Core Force Card squadron that contains a Glaug.'  So as I read this, Attrition squadrons can not take the Quel-Gulnau.  My mistake but we will go with it. 240 points total BTW. 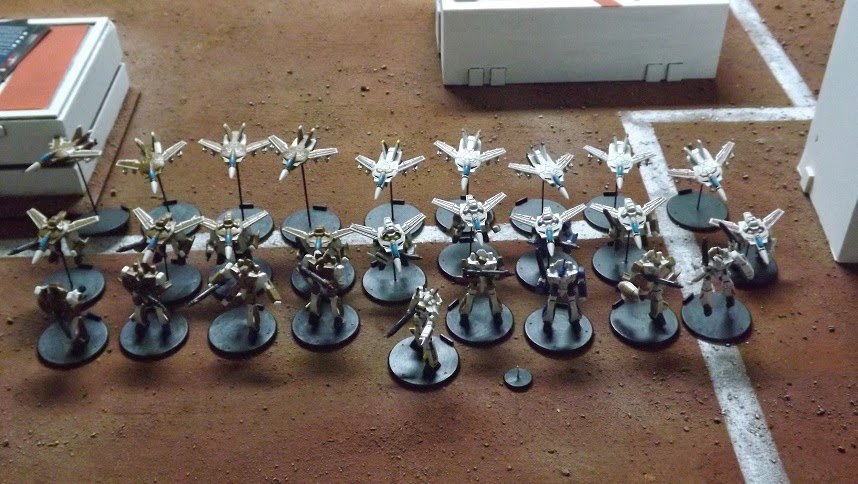 For the UEDF, I opted for two Valkyrie squadrons with nose lasers, a VF-1S, Fokker and Hunter for 240 points.  The fast moving valkyries can search the loot markers quickly, then one squadron will cover the other as it plays cat an mouse until the end of turn 6. 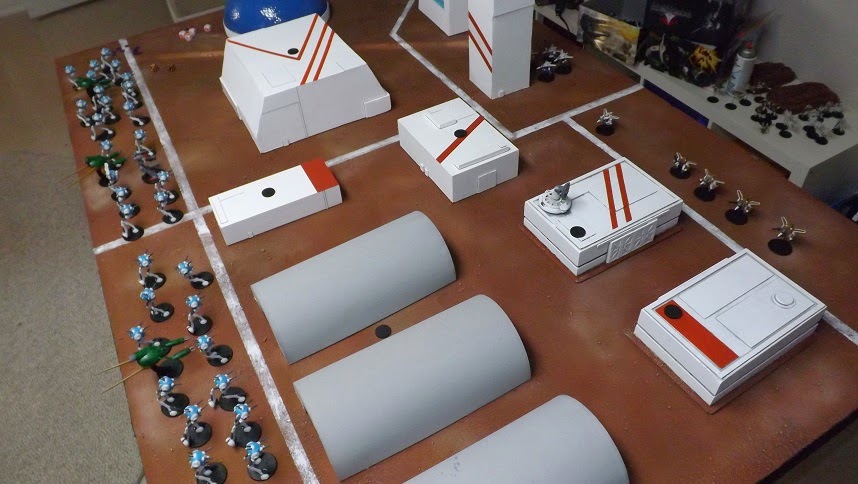 The forces deployed as seen in the above pic.  The Zentraedi won initiative and began to alternate placement of the loot markers (black circles). 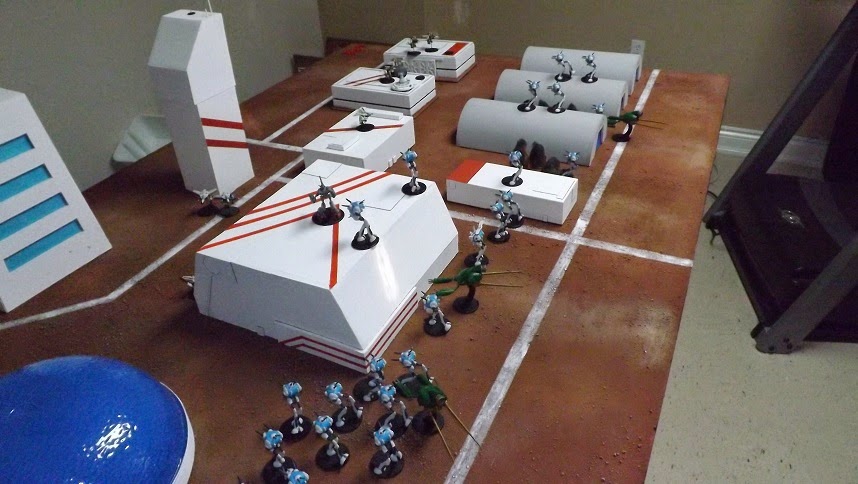 The Zentraedi right flank Attrition squadron leaped forward searching the loot marker between the mecha bays finding nothing.  Roy Fokker flew on top of a building where a loot marker was situated.  Finding nothing he unleashing a volley of missiles into a clutch of pods destroying 4 of them.  The Zentraedi Recon Squadron then pushed forward with the Glaug leaping on top of Riber barracks, finding nothing at the loot marker, then firing on Fokker inflicting 10 damage while the Quel-Regult's Advanced Reconnaissance Suite began delivering targeting data to the surrounding pods.  A remaining pod from the Recon squadron searching another loot marker to no avail.  Rick and Vermilion Squadron advanced in Guardian mode to behind the Riber barracks, ready to engage the left flank attrition squadron the following turn.  Finally the remaining Brownie squadron advanced just shy of the two remaining loot markers and fired on the right flank attrition squadron. 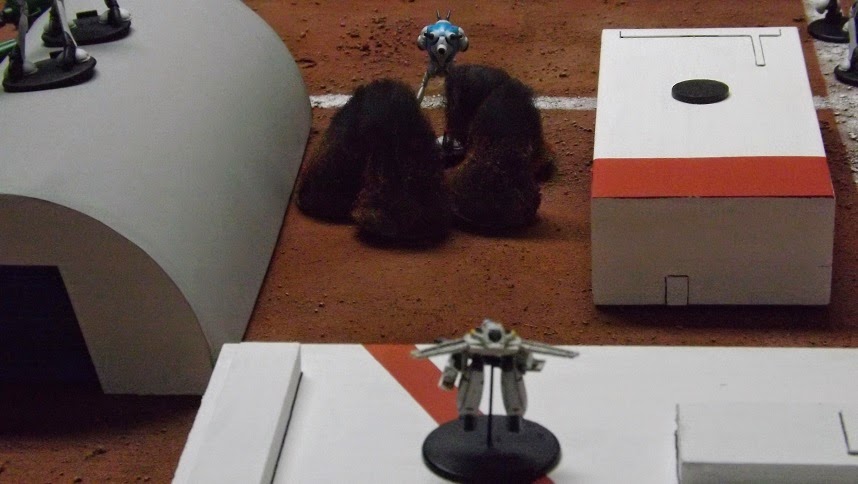 Things really began to heat up as the UEDF took the initiative.  Two of Vermillions vertiechs launched missile volleys at the Glaug which managed to shoot all the missiles down with his short range missile tubes, but took 6 damage from GU-11 fire.   Rick and the other veritech damaged a score of pods from the attrition squadron. 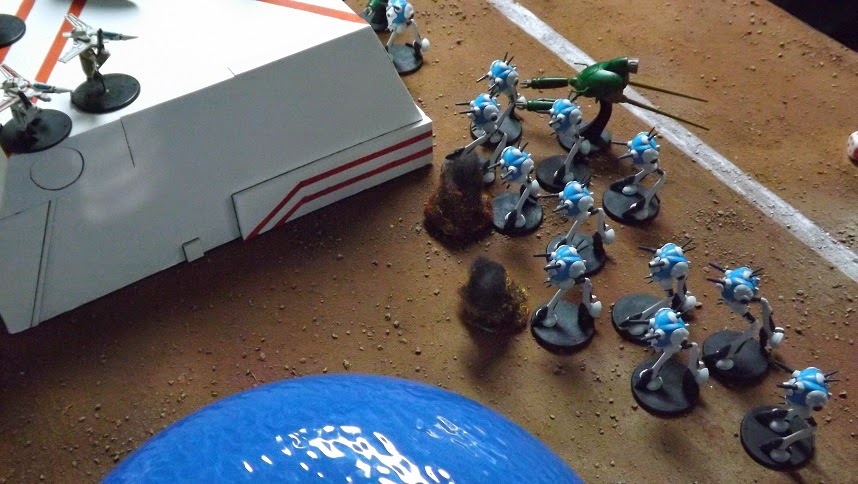 The right flank attrition squadron managed to close the gap further damaging two of the brownies opposing it.  Roy Fokker then decimated the Glaug with an 4 missile hits. 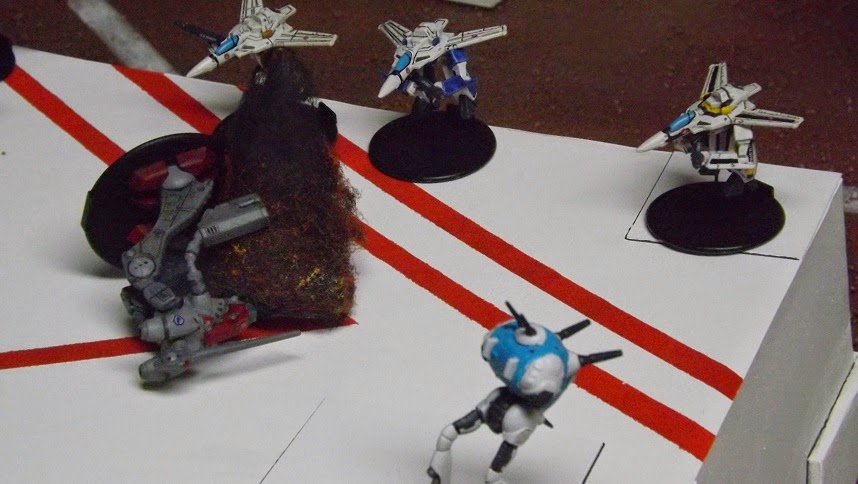 The remainder of the Recon squadron fired on Fokker damaging him further.  The Brownies, having discovered Lt. Hayes, destroy the right flank attrition sqaudron down to 1 remaining pod. 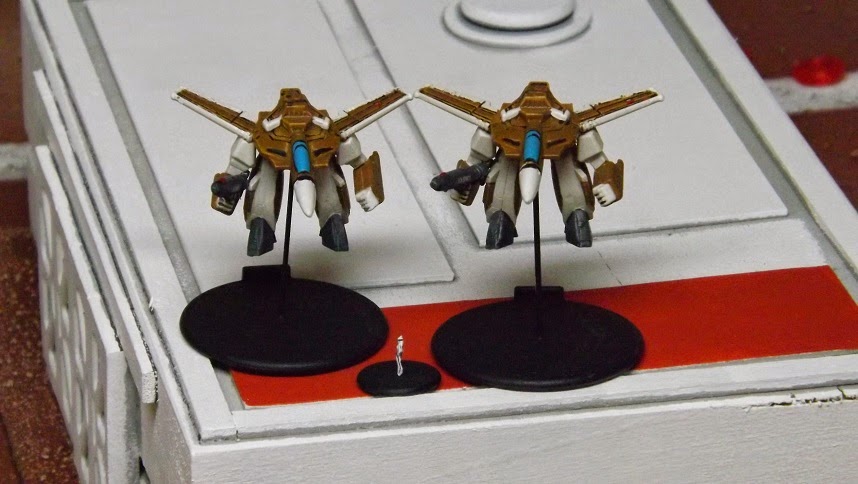 While Vermilion squadron got surrounded by the left flanking Regult swarm, resulting in a brownie going up in flames to concentrated particle cannon fire. 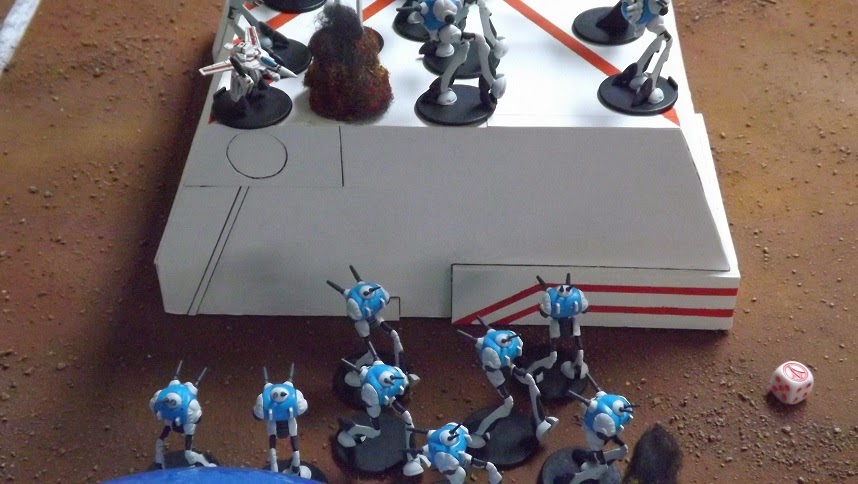 The Zentraedi attempt to fight back by winning initiative and blasting Roy Fokker is heavily damaged from accurate dice rolls from 10 pods, despite successful 7 dodge rolls. 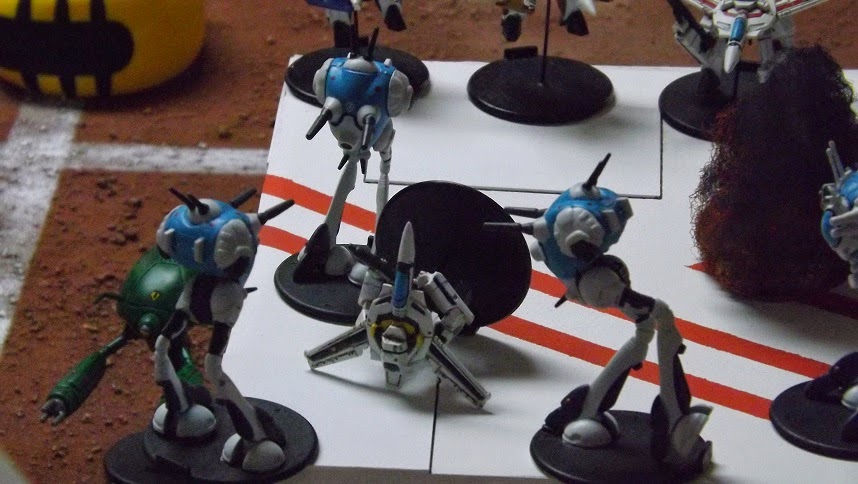 Vermillion Squadron fires back at the recon squad killing 3 more with missile fire but fails to protect Roy from the remaining pods in the recon squadron.  Running low on CP points and bad dodge rolls, Roy's veritech was destroyed by particle cannon fire.  No pineapple salad for you! 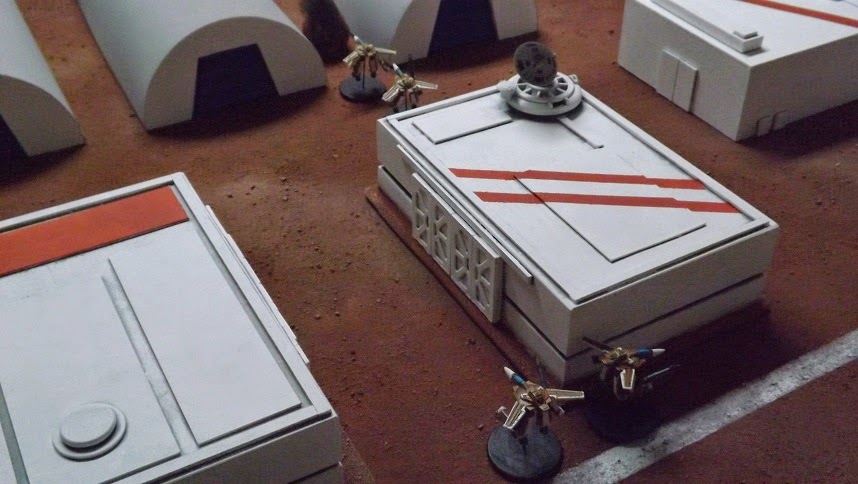 The Brownie squadron finished off the remaining Regult and Quel-Gulnau clearing their left flank. 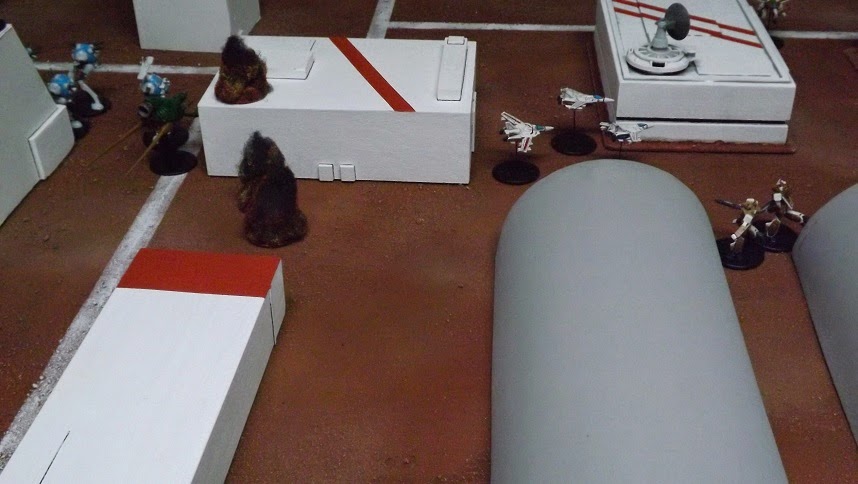 The UEDF win initiative.  Rick and his remaining squadron call no joy, switch to fighter mode, boost and afterburner 36" away from the pod swarm.  The Pods pursue but 3 fall to Brownie GU-11 fire.
As the UEDF begin to play cat and mouse, the clock ticks down on the Zentraedi.  The remaining attrition squadron advances but fails to get within range and LOS of the fleeing valkyries.

The UEDF keep the initiative and take cover from advancing Zentraedi fire.  Two of the Brownies pick off two pods from the recon squadron while taking a few hits in return. 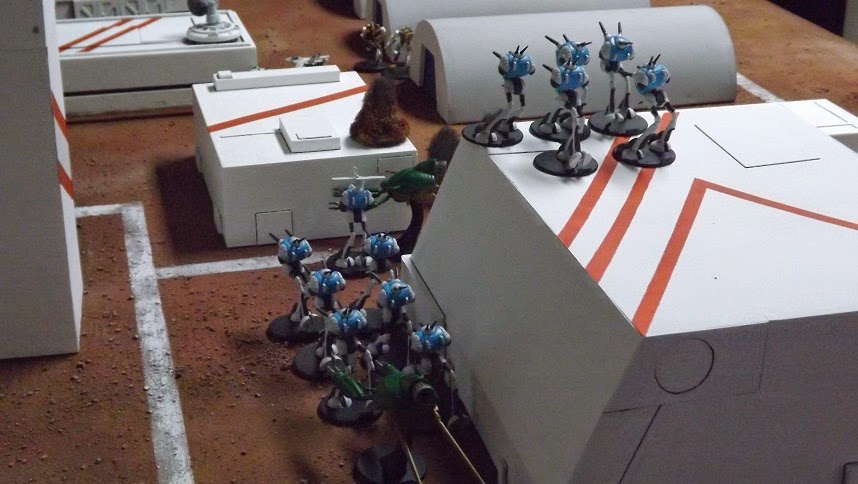 The cat and mouse game was coming to a close.  The Zentraedi took the initiative back but it was too little too late.  The remaining attrition squadron could not close the gap on the brownies guarding Lisa, but did manage to further damage two veritechs. 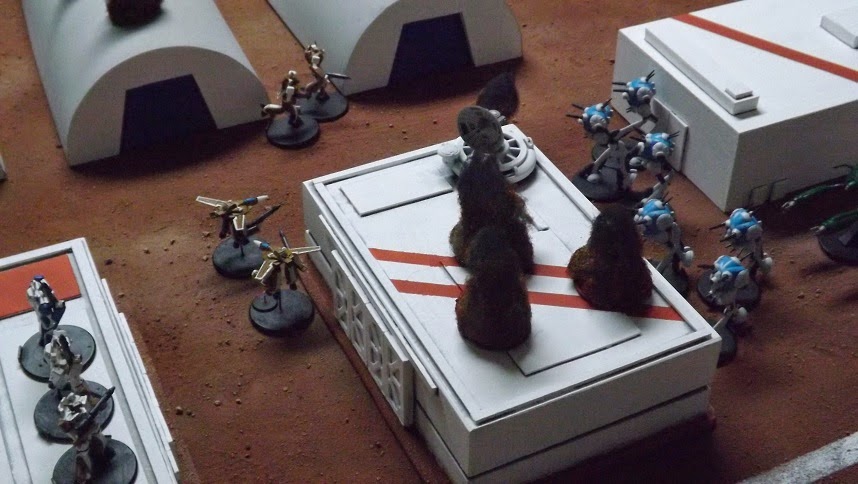 Rick and his squadron flew up onto the roof and blew away 3 more pods, while another brownie destroyed a fourth. 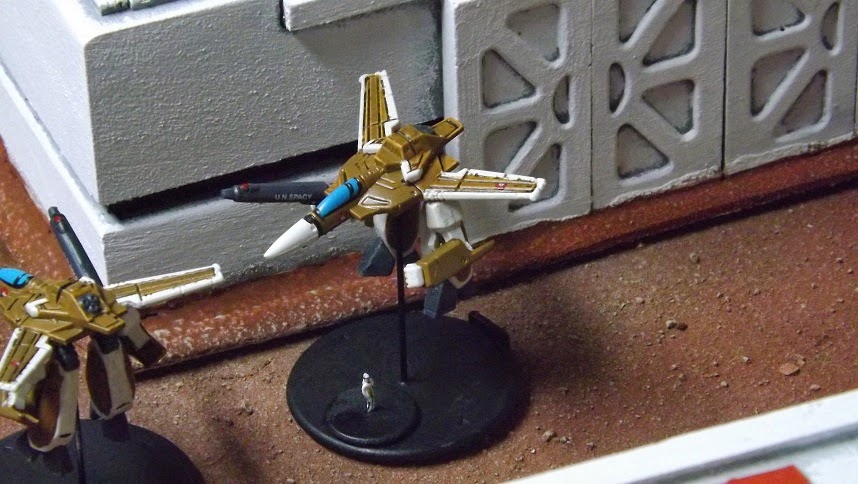 With Lisa safe, the remaining valkyries took off to rendezvous with the SDF-1 as the base exploded beneath them.  Victory UEDF. 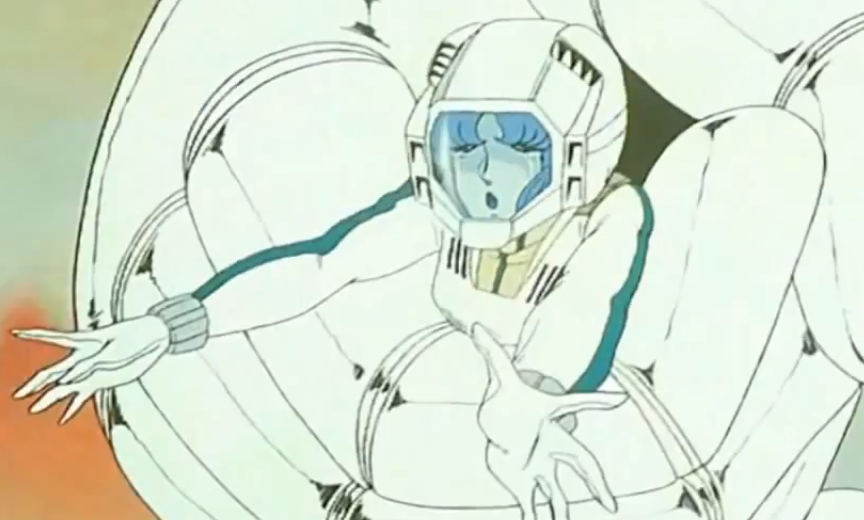 
Well that's it until next week.  I hope you have a great holiday with your family and friends.   Play lots of RRT and keep your paint brush wet. 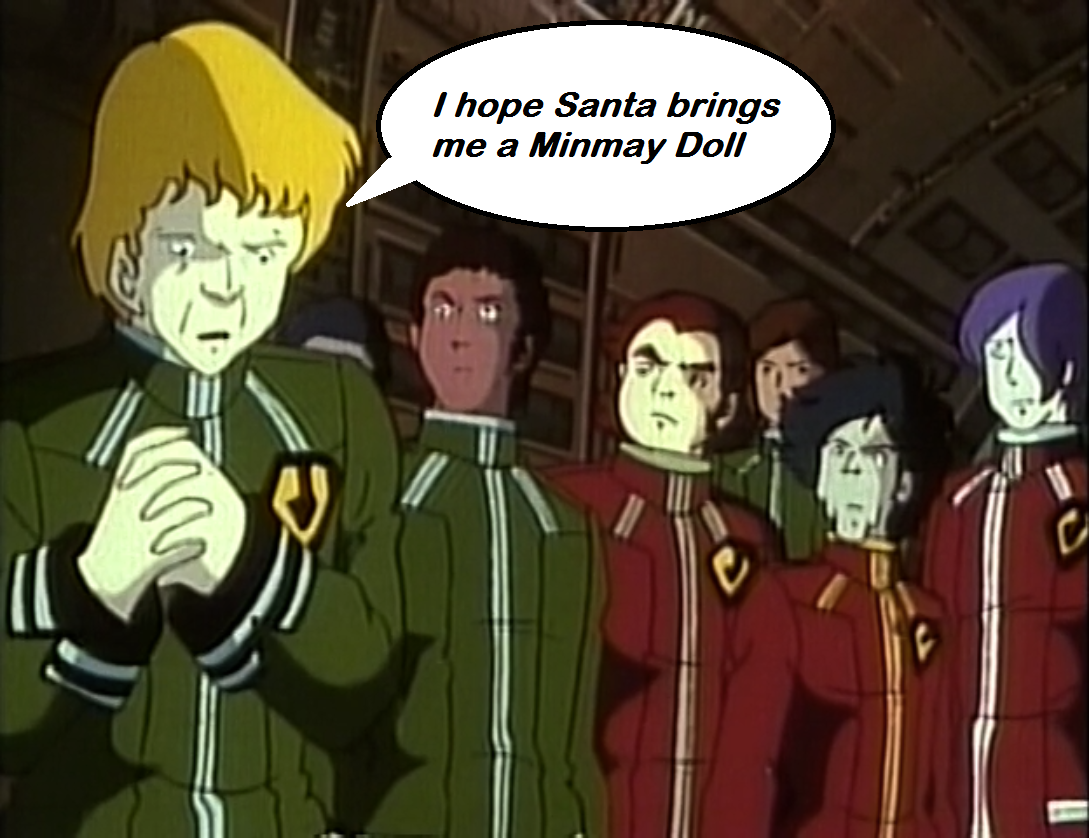